Hello everyone. As most of you know, ACE has been sending out letters periodically to developers and builders this year in order to shut down Kodi 3rd Party Addons and Builds made with those Addons. The letters typically contain a lot of threats, demanding the developer or builder sign a settlement, and telling them to take everything down/offline.

After threats from team members of Mr and Mrs Smith about a month ago to me directly saying they will turn me in, while joining in on a bashing from members of another group directed at me, I have now gotten a letter. Is there a connection? I cannot say, only that they threatened to do so, and now I have been served a letter from ACE. My Addons have definitely been popular enough in the past to get their attention, so it could easily be either way honestly.

On Thursday, July 26th, papers were delivered to my home. Naming the repositories Tantrum.TV and Mr Blamo’s repositories as mine (which obviously one is not) along with numerous addons, some of which are not mine as well. They are stating that this cease and desist is also covering any build, addon, website, software, or service that I am even indirectly affiliated with or responsible for providing content. They do not elaborate on the comments around the statements involving indirect responsibility however. So one can only imagine what they are meaning by this part of the letter.

This letter does not mention a settlement, does not state I must sign anything, and only demands that I take down any and all material (addons, repositories, etc.) in those repositories, addons, builds, and so on. They are also demanding that I act to cease and desist from others where “you or your agents” are indirectly involved. Again, no elaboration of items there mentioned other than “communicating to the public”. So I can only assume they are referring to my YouTube channel and/or website. Which either are not in violation so that is most likely why they are not mentioned specifically.

Where do I go from here? We will see. I am working on reaching out to an attorney and I do not plan on just shutting everything down and walking away. 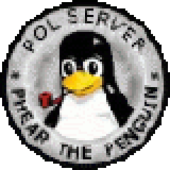 Autoruns – THE Kodi Addon For Helping With Kodi Load Times

Adding Shows and Movies To Your Kodi Library with Placenta, Death Streams, and More

We do not host, upload or link to any video, films, media file, live streams, etc. Tantrum.TV is not responsible for the accuracy, compliance, copyright, legality, decency, or any other aspect of the content streamed to/from your device. It is your responsibility to ensure that you comply with all your regional legalities and personal access rights regarding any streams to be found on the web.

Add https://www.tantrumtv.com/rss to your RSS Ticker in Kodi by going to System/Interface/Configure Skin settings to get the very latest information delivered direct to your Kodi Home Screen.